A TALE OF BEING GIRL CHILD

From Regret to Relief

I exist, but my presence may not be known or noticed.

I slip in old dusty corners of unfamiliarity, where my heart rests. But nobody visits me, because they like bright blue tables set up where sun rays beam through every window.

I exist. I don’t know if they understand this”

Similar is the tale of Srikarshika who is an unwanted child of her mother who wanted to kill her in the womb because through sex determination test she got to know that it was a girl child. The mother tried her best to abort the child by using locally made medicines but since that was administered at the wrong time it resulted in the birth of a deformed child. The mother committed this heinous act of aborting the girl in the womb during the 7th month of pregnancy because she considered her a burden on family. The mother failed to kill the fetus which to lead to the lifelong deformities in the girl.

After the birth, the baby was incubated for 45 days and the doctors at the private medical clinic had asked the parents to take the child to specialized children hospital (i.e Nilofur Hospital–Hyderabad) and parents were just callous and oblivious to the whole situation.

After seeing the displeasure of the parents, her grandmother came forward to take care of the child. She has been taking care of Srikarshika and after bringing her under the ambit of Enlight she has been regularly attending meetings. Srikarshika underwent an operation for her limb when she was 3 months old. The child has many complexities and the grandmother is taking care of all her medical requirements. When Srikarshika was 3 years old, she underwent cardiology related operation and the biological parents never enquired about her.

The grandmother (Ragamani) stays alone in a rented house and is dependent on the income of younger daughter, a sole bread earner of the family. The medical expenses for the child has pushed the family into debt and they face discrimination from the community as well.

The Enlight Project identified Srikarshika in 3rd year (2017) and as a priority helped her get SADERAM Certificate. They motivated the grandmother to attend therapeutical camps that are being organized as part of the project.  She was taken to Eye hospital for treatment and was under observation so that the eye sight could be recovered. Presently she is able to see from the near distance but has low vision and it would be improved in future as per the doctor’s suggestion. The project has facilitated all the entitlements that have been provided by Telangana Government for the disabled. 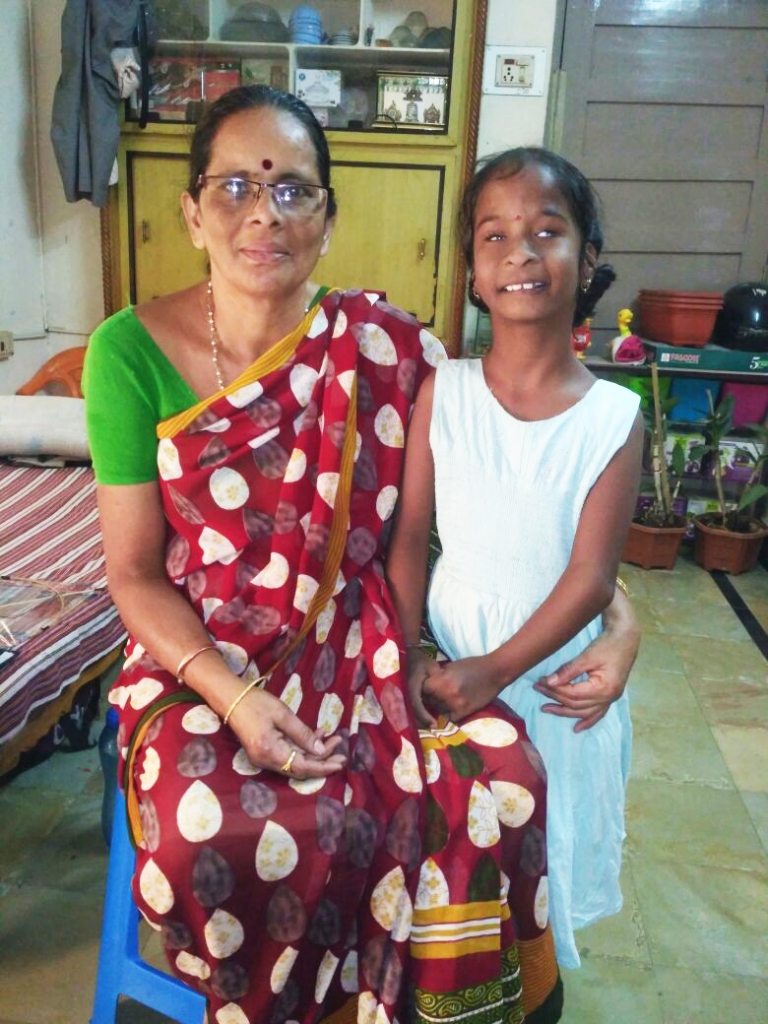 Due to all these challenges and medical complications, she has never been to school, the project is planning to enroll her in school in next academic year. Where the biological mother tried to kill the daughter, grandmother came forward to quench the famished cries of the baby. Srikarshika’s grandmother aspires for a bright life of her granddaughter and trying her best to get her best medical care along with education.