Reshma’s father is employed as a sweeper on contractual basis by the Trichy Corporation. Her mother manages the home and has health problems. The meagre income and Reshma’s School fee of INR850/- was a recurring concern for the family. This was also a deterrent to Reshma’s education, who was a student of class VI in the Methodist Girls Higher Secondary School. Her competency levels had dropped and this was a concern for her teacher. It was during this period Reshma was included in the project and with support she gradually improved in her studies and soon she was scoring well in her exams which was a relief for her teachers. Despite this the issue of paying the fees lingered in her mind. 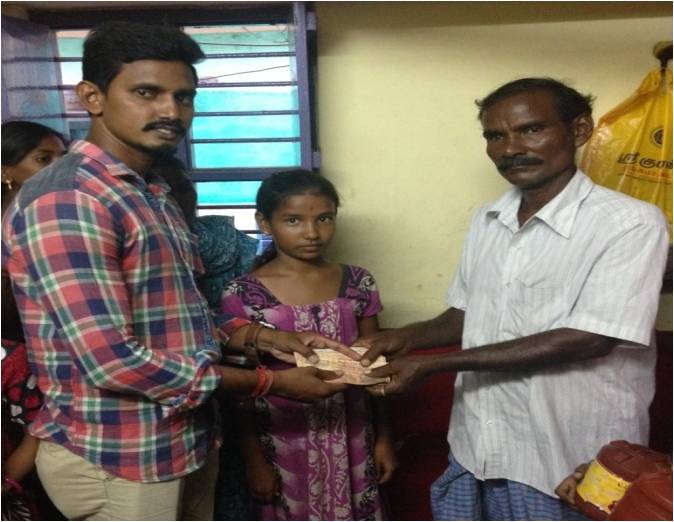 In October 2016, the concept of ‘Fund for Education’ was introduced and children were encouraged to save their pocket money and each child was given a piggy bank. Reshma liked the idea and began saving her pocket money and at times persuaded her father to give her extra pocket money which she used to save.

In a matter of six months she had saved INR 1134 and with this money she paid her school fees and also purchased educational accessories for her sister. For the first time her father was able to pay her fees without having to take a loan.

“I never thought that this simple idea can do such wonders” says the overwhelmed father. Today they continue to pursue the idea of small savings for education!