Eight-year-old Sarasvati (name changed) , student of Class III (Lee Memorial School, Kolkata), is a native of South 24 Parganas (West Bengal) and one of the two surviving daughters of Charu whose husband abandoned her following birth of their third daughter. In patriarchal societies like India, daughters are considered as burdens as following the so-called tradition of dowry/groom price makes “marrying daughters off”, an “expensive affair”. 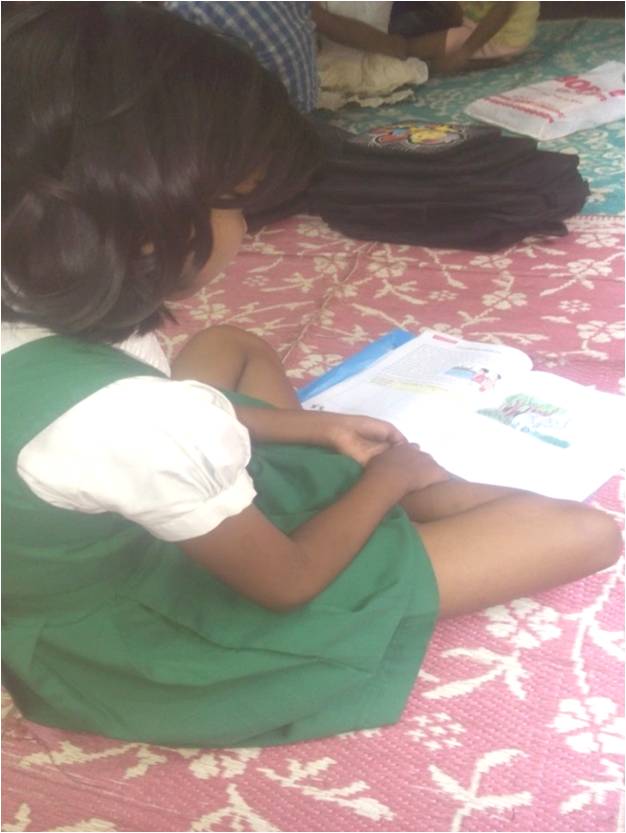 Charu was left alone to make both ends meet. Poverty and insecurity pushed her into relationship with a local man having business in Kolkata. It was him who brought Charu to Bowbazaar red light area and made her work under his patronage (Babu) and also got paid by her for all his needs.

Saraswati would roam the alleys of Bowbazar, with her toddler sister in tow. One day her Thamma (Charu’s landlady) brought her to the Children support centre in Bowbazar and enrolled her. Initially, each day was a tussle between Saraswati and her Thamma; the former had to be dragged to the centre.

After a year Saraswati expressed interest to attend school. The Lee Memmorial Girls School admitted her in Class 1 following persuasion and assurance from the SKHM team. This proved to be easier said than done, as, soon Saraswati turned resistant to lessons. Despite various play therapy sessions she showed reluctance to study. Eight months later, matters changed to worse. One day her peer group informed about Saraswati’s week long absence from school. Immediately a guardian’s call was made and the team lead Ms.Srabani  herself engaged with Saraswati to understand her reluctance. Saraswati disclosed that she has not been sleeping well at night; the din, light, and constant fights between clients and women in the locality kept her awake. Saraswati had not slept well for the entire week !. 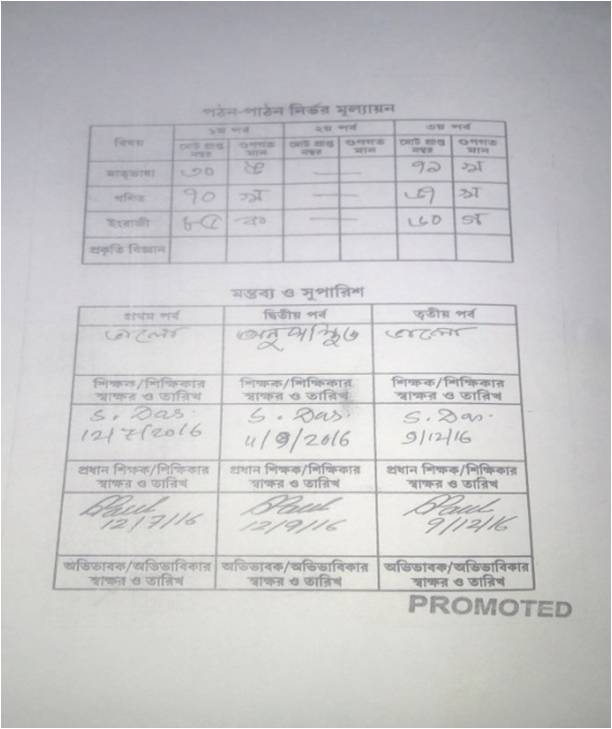 As an immediate response, an exclusive caretaker was appointed for Saraswati whose role was to ensure that Saraswati had proper sleep, food and other timely support. The caregiver, Ms.Jaya ensured that Saraswati took afternoon nap in the centre itself on returning from school and then under the supervision of Ms.Poornima (Centre teacher) completed her homework and studied her lessons. At 11Pm post dinner with 45 other children in the centre, Saraswati was escorted home along with other children by Jaya. On reaching home Jaya tucked Saraswati for sleep and returned back in the morning to help her get ready for school. Gradually, Saraswati showed interest in learning, was no more moody or hesitant. She actively participated in activities without any fuss and went to school regularly. Her competencies too improved. She soon came back proudly holding her report card with scores of A’s and B’s. It was a moment of joy for the team, for they had re-kindled a dream within the child.