A tripartite effort for inclusion

Setipalli Abhinaya had the habit of chewing bedsheets, hair and anything that was within her reach. When she was born she was just 1.5 kgs and the doctors had suggested hospital care. She was also diagnosed with only one functional kidney and ventricular septal defect. The cost of surgery was estimated to be INR10,00,00 which was far within the affordable limits of her parents who earns their living as daily wage labourers!

Abhinaya was a student of 4th standard when she was identified and included in the project by the Enlight team in 2016. She stays with her parents and two younger brothers who are studying in 4th and 3rd standard respectively in Bhagatsingh Nagar (LB Nagar Municipality). She was a dull child who preferred to remain secluded. Her parents had consulted several doctors but it was of little help. The department also denied issuing her the  SADAREM certificate. At the age of 10 she was finally enrolled in the school but had trouble learning. She used to write alphabets in reverse order which was the major reason of her ignorance and irregularity in the school. 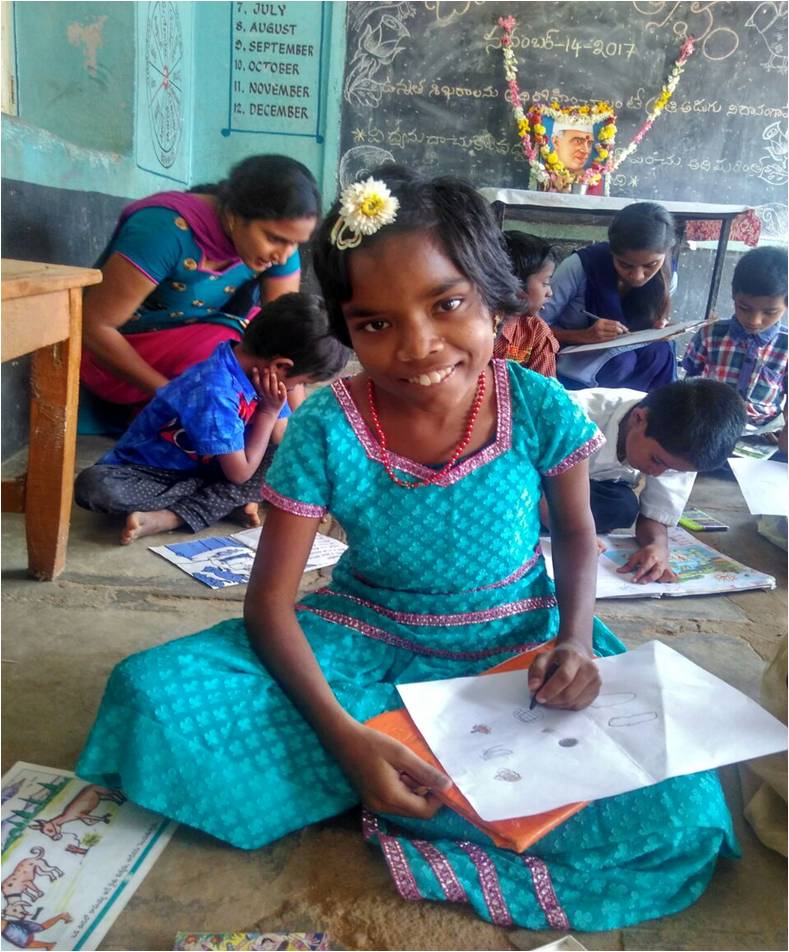 A full-fledged medical assessment of Abhinaya was conducted by the Enlight team  at National Institute for Mental Health (NIMH) where she received a proper treatment and the required support. In order to meet the expenses of her treatment the team provided financial assistance and encouraged her parents to save money, which turned out to be helpful.

Enlight team also assessed Abhinaya’s competencies and the result was quite depressing. She had very low competency levels in the 3R’s (Reading, Writing, and Arithmetic) and she used to score ‘C’ in all the three aspects. A specific plan of support was designed which provided dedicated support to Abhinaya along with peer group support in the classroom. Even her teachers were counseled to provide her extra attention and support. This tripartite intervention gradually showed positive results in her behavior, attitude and learning abilities. She soon started  interacting and engaging with her peer group, learned to recognize alphabets, write properly and turned regular to classes. She attends Sahajeevan Sangham meeting with her mother, physiotherapy sessions and MR Camps regularly. When this shy and introvert girl started interacting and engaging with her neighbor was no less than a surprise. She is now regular to the centre and actively participates in the extra-curricular activities organised by the centre.